The parish church of St Andrew and St Mary’s Watton-At-Stone Church has close links with our village school.  Rev Jenny and Rev Angela take a fortnightly whole school assembly and the whole school comes to church for Christmas, Easter, Leavers and Harvest Services and for class visits.

Each class has made a display for visitors to the church fete in May – in 2014 the theme was Angels, 2015 Noah’s Ark 2by2, 2016 Bible Heroes and Villains, 2017 Saints Old and New 2018 and Love and Marriage.  In November 2019 the school made Doves of Peace for Remembrance and brought cribs for the new Cribs and Carols in December. The school choir sang at Rev Jenny's licencing in 2013 and at the summer joint churches Community service on the field when cups and prizes are presented.

The school supports the December Advent Trail around the village, displaying figures in the school, nursery and children’s centre –
Sheep in 2014, Angels in 2015, the Knitivity in 2016, Donkeys in 2017, Sheep and Shepherds in 2018 and Stars (made by nursery pupils) in 2019.
.

Watton at Stone Rocks is a FaceBook group (although, you don't have to be a member of the group to participate).
It was created to pass on a smile some love. It also gets people of all ages outdoors, creative and moving.

All you need to do is find some rocks, create any design on them you like or write a fun or an inspirational message.
People use all kinds of mediums to create their designs: sharpies, paint with a varnish or paint pens.

The idea is to hide the rocks around the village, making sure they can be found!

Once a stone is found, take a photo and post it onto the Facebook group #WASROCKS so that the creator and others can track the rocks journey. Then, re-hide the stone somewhere else to be found by another.

There is also a Nationwide rocks group that you can join. This is called #loveontherocksuk . Mrs A Hurt explained that “One of my rocks was found in Watton, was re-hidden in a little Hamlet in Devon which was then taken to France and hidden there, it was so lovely to track it's journey. Another one of my rocks ended up on a beach called Bantham beach, which is in Devon!”

The children from Watton school and adults from the village decorated rocks for VE day. Children were encouraged to learn about VE day and decorate a rock using blue, white and red. These rocks were then placed on the historic village water pump and left on display for residents within the community to see. A picture of the community effort was published in the Mercury newspaper. 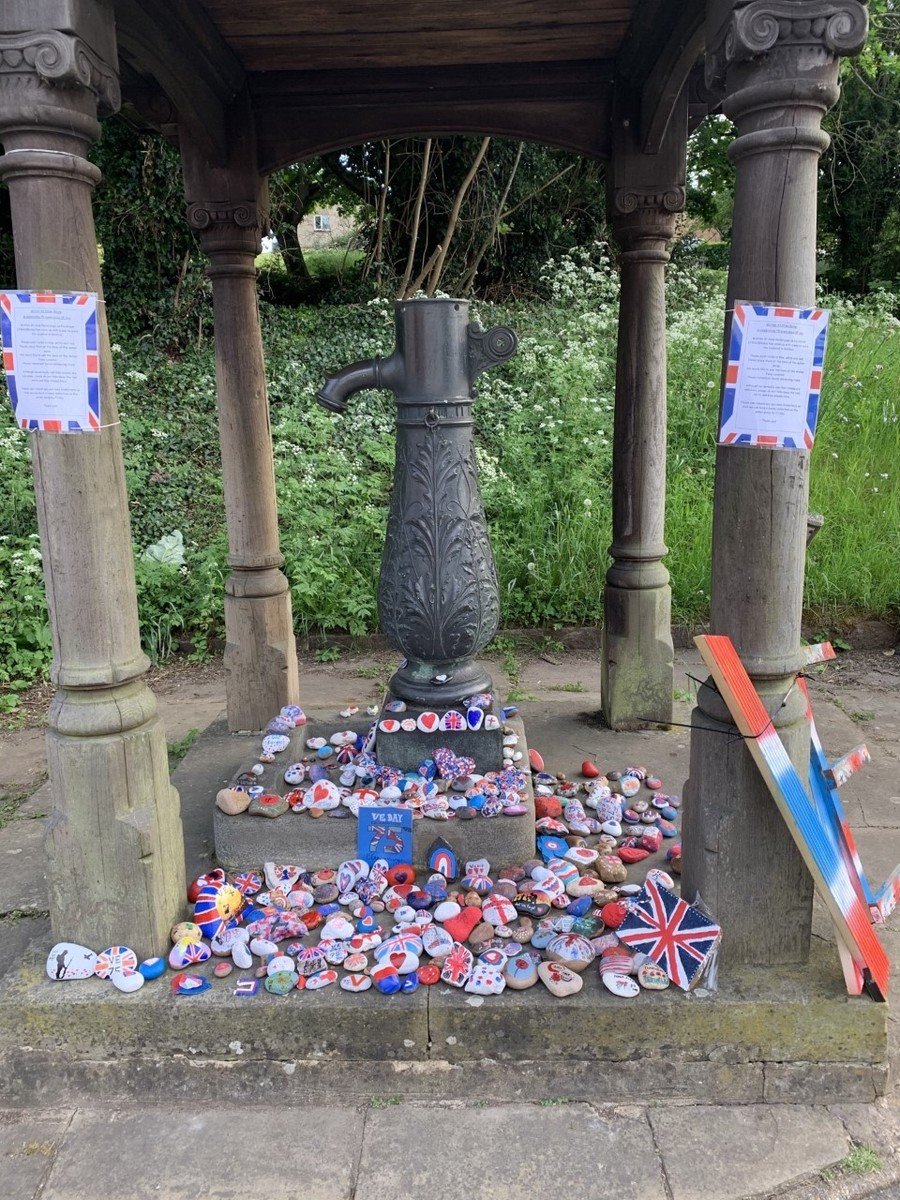 Support for NHS:
Many children have been creating posters and pictures displaying rainbows and messages of support for the NHS. These posters and pictures are featured in lots of windows around the village. The George and Dragon pub asked the children from Watton school to create some posters for them to display in the pub windows. We think the children have done a fabulous job and the windows look fantastic.

We use necessary cookies to make our site work. We'd also like to set optional analytics cookies to help us improve it. We won't set optional cookies unless you enable them. Using this tool will set a cookie on your device to remember your preferences.

Necessary cookies enable core functionality such as security, network management, and accessibility. You may disable these by changing your browser settings, but this may affect how the website functions.